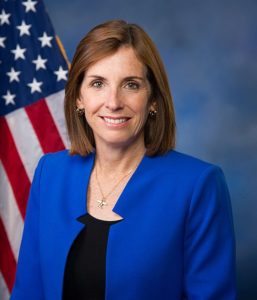 In the 2018 midterm election, Democrat Kyrsten Sinema narrowly beat out Republican Martha McSally after a long and contentious battle to fill the seat vacated by Jeff Flake with the winner going on to become Arizona’s first female senator.

If we look at the facts alone in this race, McSally’s loss seems. . . well. . . unfathomable.

Why examine McSally’s loss instead of Democrat win? It is true that Sinema simply outperformed her opponent, she was better at fundraising, optics, message and campaigning. The Republicans should have kept an Arizona senate seat, and in any other election year given the same circumstances, McSally’s strategy should have worked.

The loss by the Republican candidate points to problems in the party’s approach which had been repeated across a multitude of races culminating in a blue wave with Sinema riding the crest.

When Your Resume Looks This Good

McSally entered politics after an impressive military career. She is a retired Air Force colonel and one of the highest ranking female pilots, and the first American woman to fly in combat. In 2014, she won her congressional seat by only a handful of votes to become Arizona’s first female representative and turning the district red. In 2016, she kept Arizona’s 2nd District a GOP seat with a comfortable 56.7% victory, likely due to her moderate views. McSally is legitimately qualified. 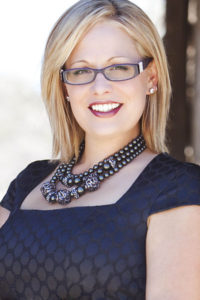 Sinema, on the other hand, was originally a green party candidate, and then became a Democrat in a red state. Her background includes a footnote to homelessness. She has no religious affiliation and is openly bisexual. As for her politics, she is very middle of the road, refused to debate other Democrats and she voted with Trump about half the time. Her political career has not been particularly notable, although she too successfully defended her congressional seat in 2016, winning with almost 61% of the vote.

In a more liberal state, in a different year, Sinema would have had an uphill battle. It is inconceivable that she would win in Arizona.

McSally is flag-waving, patriotic poster child of every value that conservatives hold dear. She is a decorated military hero in a red state that rejected Hillary Clinton. She is a Protestant in a land where the population is more than 76% white, mostly Christian, and is the second most popular location in the nation to retire.

Arizona is the number one state for gun ownership,
and its residents are more likely to possess a firearm than a degree.

Trump campaigned for McSally and she voted with him about 98% of the time. She even looks like the typical Arizona Republican.

Anyone looking at the facts and applying logic would assume McSally should have easily won.

Do you know what is more unifying in Arizona than religious affiliation, age or race?

Arizona has the fifth highest poverty rate in the nation and about one-quarter of the jobs are minimum wage. Historically, these people are struggling to survive and political activism is not high on the daily “to do” list. Rich white retirees have always been the demographic that politicians had pandered to if they wanted to taste victory. But in 2018, it was health care that drove voters to the polling booths. The Affordable Care Act, or Obamacare, was responsible for Arizona’s uninsured rate dropping from 17.1 percent in 2013 to 10 percent in 2016. And hundreds of thousands of Arizonans who had gained health care coverage were not too keen on giving it up.

McSally voted to eliminate the ACA, effectively telling Arizona’s large population of poor people that they shouldn’t have health care and that preexisting conditions would not be covered. Talking about “free market solutions” doesn’t mean much to someone earning $8.05 an hour in a state where business had attempted to void a voter initiative to raise the minimum wage to $10. But it wasn’t just supporting the plan which Arizonans found so distasteful, or ignoring the plight of her constituents, it was the glee in doing so when she was quoted urging her GOP colleagues with, “Let’s get this f-ing thing done!”

Rightfully angered, Arizonans wanted a word with their representative. A petition with more than 1,000 signatures was presented to her office asking her to hold a Town Hall.

But 2018 wasn’t about reason, and fact — it was about emotion, and that is what drove Arizona to post perhaps the highest voter turnout in a midterm election. And ironically, underestimating the voters’ anger was the very mistake which likely prompted McSally to seek a senate seat and cost her the election as well.

She had written her demise in 2016. It was not so much that she supported repealing the ACA, it was that she celebrated doing so and did not pretend to care what her constituents wanted. After all, why bother pandering to anyone other than the rank and file voters? She didn’t represent her district, she was representing her supporters. And her supporters were rich, white and Christian.

McSally had an inkling she was in trouble. In a secretly taped meeting with the Arizona Bankers Association in May 2017, McSally expressed concern for her ability to keep her seat, in a district which had supported Hillary Clinton.

Her premonition was correct. Democrat Ann Kirkpatrick easily bested her Republican rival, reclaiming Arizona’s 2nd District as one for the blue team.

McSally relied on the usual tactics and the usual tactics weren’t going to work. The rural voters, retirees, right leaning independents — the bread and butter of earlier wins —  were sorely outnumbered by a demoralized electorate angry about on thing: Affordable health care. And all of them were heading to the polls because it seemed that their representatives in Washington didn’t care about their issues, and didn’t want to hear from them.

McSally eventually realized this, she made a shift in her campaign and denied her votes on health care, but it came far too late.

But all is not lost for her, she is a survivor. It looks like she may still get to the Senate by an appointment to fill the remainder of the late John McCain’s term when vacated by Jon Kyl.

Perhaps by now, McSally has learned to listen to her constituents.