One Great Thing Trump did for America 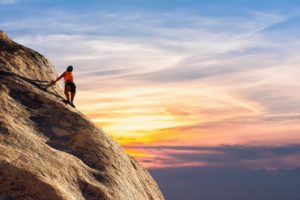 There is one great thing Trump has done for America. He fixed a problem that other presidents have discussed. Party leaders complained about it. Political science research groups have studied it.

While the problem has been examined from every angle, only Trump has addressed it.

When historians look back on his controversial presidency, this may be the one accomplishment viewed as his greatest victory in office. No one is talking about it, though, not even the White House.

Trump himself ignores this — as does the GOP, Democrats and the American public.  That is surprising given the man takes every opportunity to “tweet” his own horn.

Let’s give credit where it is due.

Trump did not achieve this without some help from the Republican Party and Russian President Vladimir Putin. America owes them a debt of gratitude as well.

Trump has invigorated the electorate. The very real impact of the unfettered conservative agenda he unleashed has forced Americans to become politically informed, active and interested. Not only do more voters care about politics enough to stand in line to cast their vote, but they have a better understanding of their representatives stance on the issues. Many more people can articulate their reasons for supporting a candidate and not simply due to party affiliation.

In past administrations, politics lumbered along without much public involvement unless there was a scandal. Now you are likely to have a coworker talk about trade deficits or gerrymandering.

According to a Kaiser Health tracking poll, in 2013, 42% of Americans were unaware that the Affordable Care Act was still on the books and 12% were misinformed that it had been repealed. In 2018, health care was number one issue in the midterm elections.

While there is still the problem of low-information voters, many more are better informed. The Pew Research Center found that 52% of Latino registered voters are more engaged in the process, up 16-percentage points from the 2014 midterms.

Trump and the GOP policies have been directly responsible for the candidacy of scores of women and minorities in this nation, resulting in 101 women elected to the house, beating the previous record of 85. At the state level, women broke records for seeking the office of Governor, with a whopping 61 seeking office. The previous record was 34.

Trump and the GOP presided over the first midterm in history to exceed over 100 million votes. The voter turnout of 49% hasn’t occurred for 52 years.

Whether it was anger or interest which drove voters to the polls doesn’t matter.  Trump and the GOP got people engaged.