Home>Business>What is Missing From UBI Discussions

What is Missing From UBI Discussions 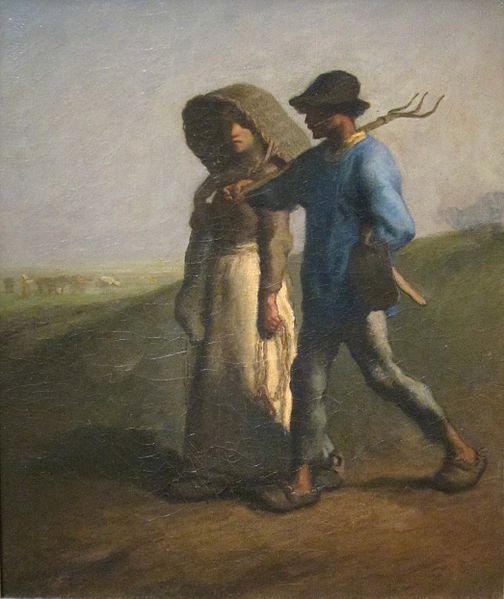 We are missing an important human element when we discuss a proposed Universal Basic Income (UBI). It goes far beyond worker satisfaction with wages or benefits. We must examine how many are willing participants in current economic system and how many want out.

The debate surrounding a UBI focuses on the feasibility, funding and inherent obstacles to implementing the ambitious plan. Proponents and doubters alike seem to believe that business and the labor marketplace will remain relatively stable while everyone receives a monthly cash gift.

The idea is that it is “business as usual” while there is a small adjustment or redistribution of wealth. Wages may increase as workers are bestowed greater power to negotiate the terms of their employment. This seems to be the model as a foundation for debate.

“Oh, don’t be silly – EVERYONE wants this. Everyone wants to be *us*.” — Miranda Priestly, Devil Wears Prada

In the US meritocracy, financially successful people believe others desire to be wealthy at all costs. The prevailing thought is that some have failed to achieve prosperity because they are not as hard working, creative or smart.

People judge other’s motivations by their own standards. Successful individuals subscribe to the notion that given the opportunity, anyone would amass great wealth if possible. They believe most people choose a career based on what will earn the most money within their skill set.

Finally, they believe anyone who works in the US must be a capitalist and support the current economic system — or at least desire for a more fair version of it.

It is difficult for competitive individuals to accept that some people do not tie their identity to the profession and the image it imparts. Some may prefer to be productive in endeavors that do not come with financial rewards.

The realities of having to provide for oneself or a family forces many people into situations as unwilling participants in a system they find intolerable.

What is Missing from UBI

What may be the most revealing change due to the implementation of a UBI are the number of people who may opt out of the current system. With this, we can expect to disrupt the labor market as a result. It may not be the loss of available cheap labor, but any labor willing to work within the system as it is now.

We suspect but rarely discuss how much people dislike their work. Note that it is not working that people dislike, but the jobs they actually do.

According to Pew Research, 30% of Americans have “just a job to get them by”. They do not have a career or a position they view as a stepping stone to something greater. More than 70% of workers are dissatisfied with their career choice or outright hate their jobs.

There are a number of reasons beyond the obvious issues with the workplace.

These may be individuals who were unable to acquire the skills or education necessary for the job they want. They may have some limitation that makes any work difficult. They may have a situation that does not allow them to risk the income they have now by moving into a preferred career. Their preferred career may not pay enough to support them. Or, they may view a job as a lower priority than time with their family, religious practice or their hobbies.

Some may like their career but their job situation is intolerable.

With even a subsistence income and a guarantee of healthcare, how many people would leave their current jobs? Taking into account the number of people engaged in the gig economy, how many would simply forego a traditional job altogether?

More importantly, would people feel greater job satisfaction if it wasn’t a virtual lifelong prison term and they felt like they had options?

Given a UBI, Will People Leave?

Using the figures above, how many of the 70% of workers are going to choose to do something else — either quit working, go to school, or change careers?

There will be tremendous social upheaval when millions of workers simply opt out of their current jobs. What happens when workers  decide they would rather stay at home and grow their own food? How about raising their kids? Working at a charity, or doing anything else that gives their lives more meaning? These are questions we need to answer. We may need to make fundamental changes to the workplace before we implement a UBI.

We simply aren’t prepared for the very real possibility that millions of workers may jump at the opportunity to leave a system that has given them decades of stagnant wages, few benefits, and too much stress.